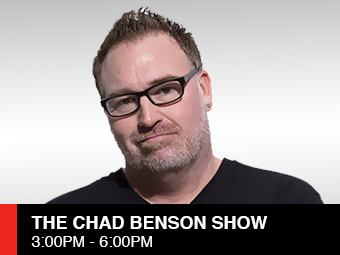 At 49, Chad is part of a New Generation of talk hosts that is able to connect with talk’s existing demo while bringing new and younger listeners into the format. Chad is an accomplished talk show host boasting over 22 years experience in the entertainment industry. He started in music radio in the 1990s at the legendary KRTH in Los Angeles as the Executive Producer of the Robert W. Morgan Show and has also been featured on Los Angeles radio stations such as KZLA-FM and KNCI-FM and KWOD-FM in Sacramento.

Chad has also honed his skills as a voice artist for several Hollywood productions and has been the voice of several cartoon characters.

In his early years, fresh out of school, Chad left everything he knew at home in Southern California to his hand at professional soccer in Europe and was talented enough to be signed onto the rosters of several teams including the Bristol Rovers, the Fallkirk Scotland and the Portsmouth Football Club.

Chad has a son named Jack, who has changed his world.